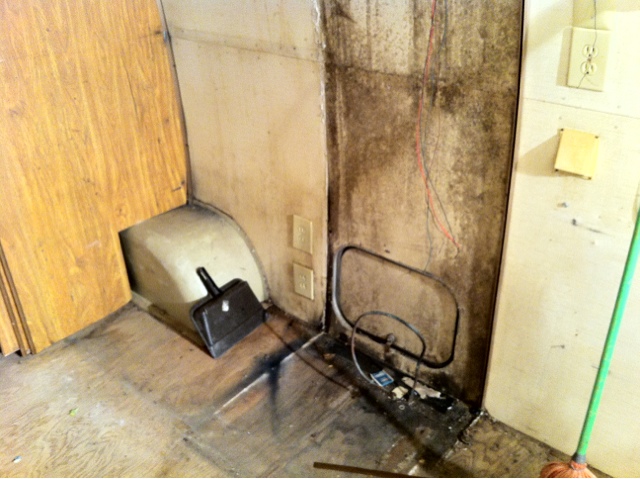 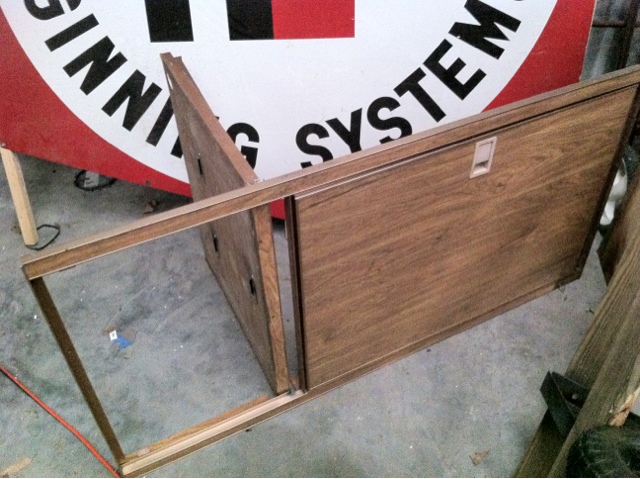 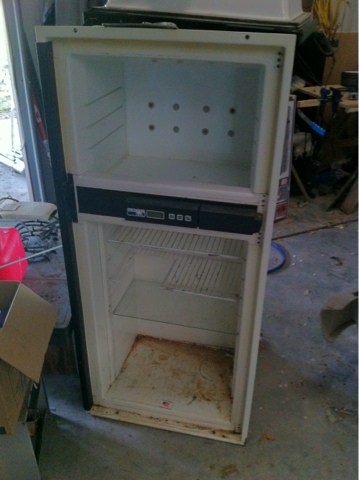 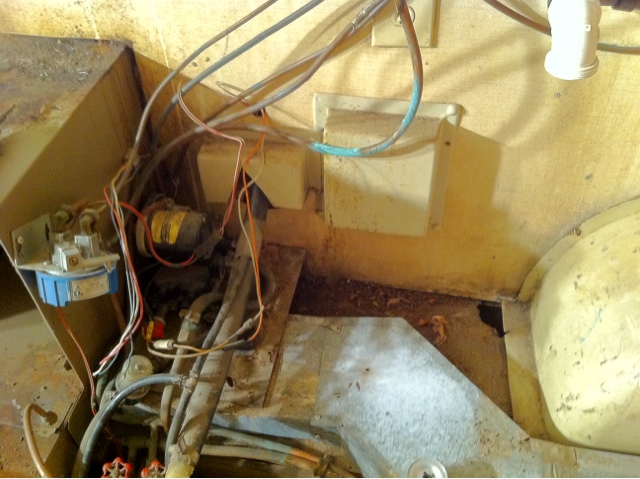 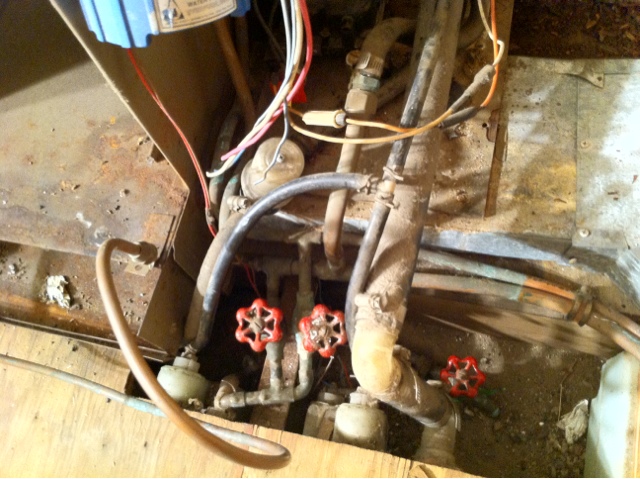 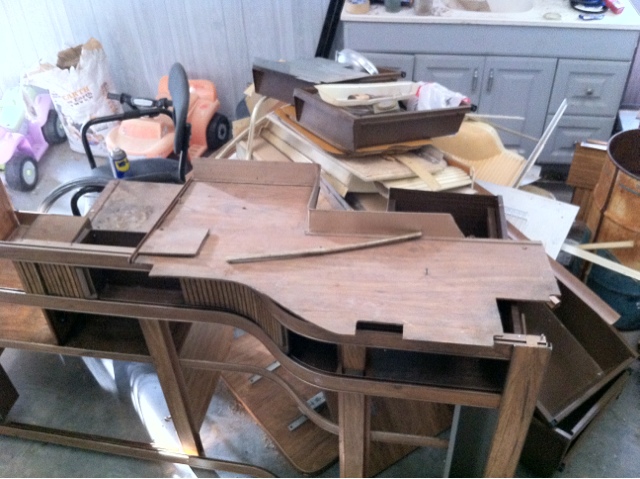 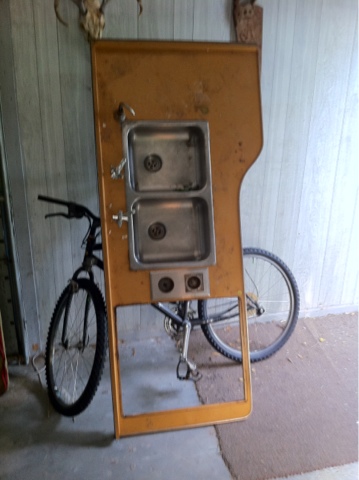 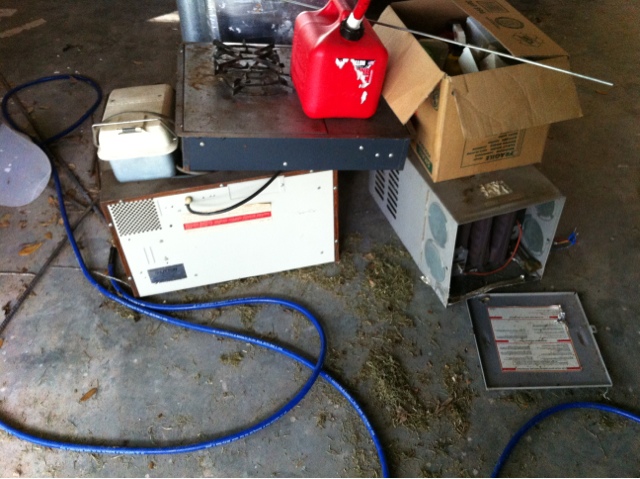 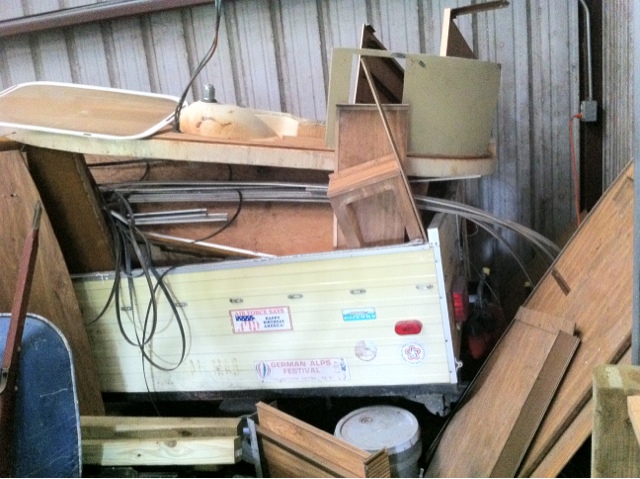 We have been trying to clean out the trailer since we moved out of it in 2007.  It's been a long road.

Here are some photos along the road.
http://s1361.photobucket.com/user/Nathan_Vrubel/library/Airstream%20-Life/Airstream%20-%20Demo

I am finally getting some time on this.  To date we have removed most of the bathroom (why we started there, I am not sure), pulled the front gaucho and couch/dinette, and I am working on the galley.
Posted by N Vrubbel at 1:09 PM No comments:

We bought the trailer in the summer of 2006. We were living off my internship paycheck and still had to move back to Austin so I could finish grad school. To quote Marge Simpson, "Grad students aren't bad people, they just made poor life choices." I think our choice will work out. We were tired of living in the crappy apartments we could afford, the trailer was a move up for us and gave us flexibility that we needed at that time.
Why an Airstream? We couldn't afford new, and the idea of buying anything else and the watching the money wash away with depreciation wasn't attractive. Owning an icon that we could keep for a while and using it as a guest house was very attractive.

Why vintage? Well cost was first issue, and second one too. We could get into something the right size for us with sufficient quality that we were comfortable.

About the trailer: It is a 1975 Excella 500. 31 ft long. There are some silly stuff left over from the previous owner(s). Some of it was probably done just so it could be sold (plumbing, electrical). When we looked at in the lot, it was plugged in and the electrical worked, but no gas to test stove, oven, heater. Water heater was made redundant by a 5 gal electric water heater (BAD IDEA!!), but a least we had hot water. In general it was in "working when parked" condition. It had been used, but it didn't end up as a deer camp. So it was ok, but not great.

I posted some early photos on the Photo-bucket site.
http://s1361.photobucket.com/user/Nathan_Vrubel/library/Airstream%20-Life